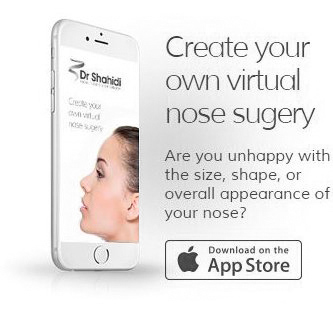 What Is Functional Rhinoplasty?

Most of us think of rhinoplasty, or nose jobs, as a cosmetic procedure to improve the appearance of a person’s face, however, nasal function can also be improved via rhinoplasty. In functional rhinoplasty the structural elements of the nose that can lead to a better functioning nose are enhanced or reinforced with grafting or use of special sutures.

The Relationship Between Cosmetic and Functional Rhinoplasty Surgery

Am I a Good Candidate for Functional Nose Surgery?

If you are suffering from any of the symptoms of airway obstruction below, you should talk with Dr Shahidi about your situation:

The type of rhinoplasty performed depends on the cause and location of the obstruction. Some of the most common functional nose surgeries used to remove an airway obstruction include:

The nasal turbinates are structures with the nasal cavity that can help warm and moisten the air you breathe in. They are located on the outer wall of the nasal passages and are stacked on top of each other. The lowest turbinate also called the inferior turbinates can cause nasal obstruction or blockage if they are enlarged.  Variety of turbinate surgeries are available with the aim to reduce its overall size hence improving nasal airflow. Some tissue is left in place to allow the normal functioning of the nose.

A deviated septum occurs when the wall that divides the right and left nasal passages is bent, bowed, twisted, or deviated. The abnormal shape of the septum results in the blockage of one or both air passages, or a deviated septum.

The type of surgery used to repair a deviated septum is called septoplasty. The surgeon straightens and repositions the septum. Sometimes they must cut, remove, and reinsert them into the proper position.

Nasal valve collapse can be a common cause of external nasal obstruction. The nasal valve is the narrowest portion of the nasal airway. In narrow noses or those altered by surgery, aging, or disease, inadequate skeletal support allows the valve to collapse. People with this type of airway construction require an individual approach to treatment. This type of functional rhinoplasty requires the skills of an experienced and knowledgeable surgeon to obtain the best results for the patient.

Sinus blockage can lead to sinus infection. This is termed sinusitis. In certain cases opening the passages to sinuses could improve sinus and  nasal function. The operation to open sinuses is called FESS surgery or Functional Endoscopic Sinus Surgery. This operation can be performed on its own or in combination to rhinoplasty.

Book a Consultation with Dr Shahidi in Sydney

Living with the symptoms of an obstructed airway is more than uncomfortable. It can lead to the development of more serious symptoms and conditions. Even if you are satisfied with the appearance of your nose, you might have nasal conditions that are causing you problems.

Contact us to schedule a consultation or to talk with a member of our friendly team. Dr Shahidi has performed thousands of successful rhinoplasties since he first entered private practice in 2003. View some of Dr Shahidi’s previous rhinoplasty results to see his skill level for yourself. You can also download our app and learn more about your options in rhinoplasty.